Our facility specializes in conducting remote jungle training for NATO Special Operations forces and other military units.  Our Instructors are drawn from around the globe and include specialist jungle warfare experts from America, the United Kingdom, France and Southern Africa. Highly qualified medical staff are on hand at all times for the duration of all courses. We recently opened our facility to both Government and Non-Government Aid agencies and corporate enterprises for whom jungle assimilation courses for its staff members would be an invaluable, if not critical, asset. We have also opened our facility to small groups of civilians wishing to learn the same jungle skills as taught to some of the worlds most elite military forces. Small, executive civilian groups can now experience the adventure of a lifetime under the care of the same group of special operations warriors as train the military. 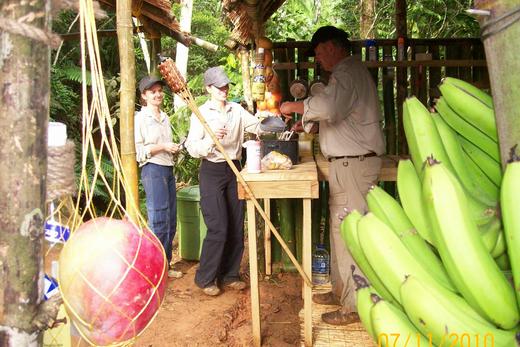 Our Jungle training camp is nestled in an almost impregnable gorge beneath triple canopy rain forest on the banks of the Tanama River on the outer fringes of the Caribbean Islands. The open-air camp is constructed of timber and natural materials found in the jungle. It comprises kitchen facilities, ablutions, lecture facilities, fireside chat facilities and much more. The area in which the camp is situated is wholly owned by Templar II Associates and covers a vast track of hugely challenging mountainous terrain in which can be found thickly covered, meandering streams, deep, fast flowing rivers and cascading waterfalls. The area in which the camp is situated is considered a "friendly and safe habitat", free from poisonous snakes and dangerous animals.

TEMPLER II is a fully registered organization with SAM, DUNS and CAGE
having met all Department of Defense requirements as an approved vendor. 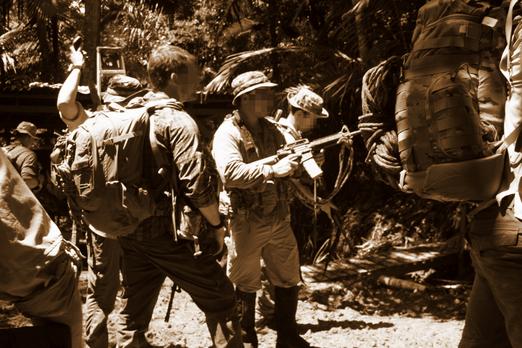 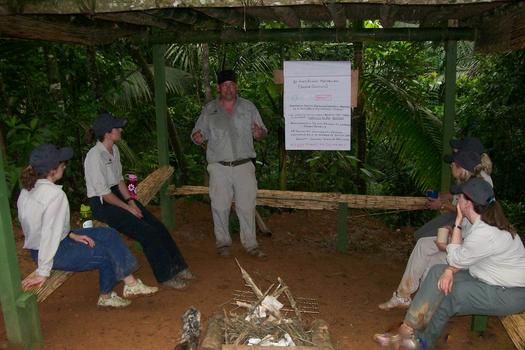 Home of the Elite

A team of Special Forces prepares for a three day field training exercise in the rain forest.