Tim's significant expertise, knowledge and experience have resulted in requests for speaking engagements around the globe.  Perhaps his most significant was being requested to spend a month at one of the world's largest paper and lumber companies to give motivational talks to senior management  on leadership, man-management and labor relations.

Tim is a well-known author and noted keynote speaker who grew up and worked most of his life in Africa. He attended a remote boarding school in East Africa from the age of six then moved to England to continue his schooling. A year later he moved to Toronto, Canada, where he completed his education. At the age of nineteen he returned to Africa, living first in South Africa then in Rhodesia (Zimbabwe). He was commissioned into the Rhodesian Army as a lieutenant in 1972. In 1974 he was recruited by the famed commander of the Selous Scouts Regiment, Lt. Col. Ron Reid-Daly to join his unit. It was during this period of his life that Tim spent many years living with the tribes in the unforgiving remoteness of the African bush. Tim returned to South Africa in 1980 where he served on the corporate board of a large multi-national company. In 2002, Tim moved to the United States where he operates, in conjunction with a team of highly qualified specialist trainers, a remote jungle training facility in the Caribbean. It is from this facility that Tim assists in coaching corporate leadership and team building courses as well as training some of the worlds most elite Special Operations warriors in jungle warfare techniques. Tim's unique expertise, knowledge and experiences have resulted in an increasing demand for speaking engagements around the globe and his two published books, "Three Sips of Gin" and "Who Will Teach the Wisdom" have won world acclaim. 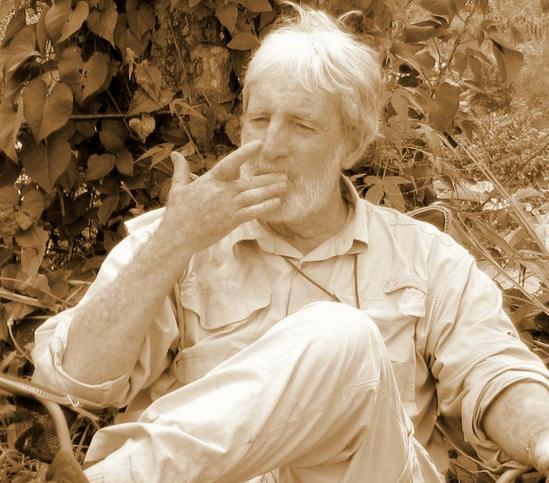